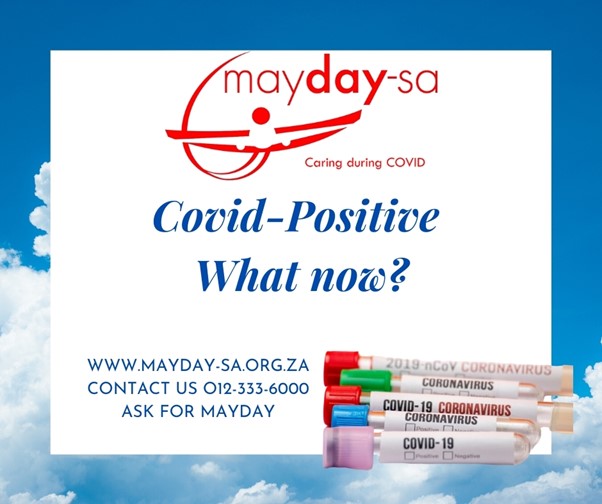 “This is a reality and I can honestly say I have never been as sick in my life before this episode”.

“No-one talks about the recovery.  You may now be Covid-19 negative but some of the lousy symptoms carry on unabated”.

It has been 6 months since the declaration of the Coronavirus pandemic, and we have heard endless news reports and first hand stories about Covid-19.  So many people we may know, or know of, have tested positive, and have suffered no symptoms, or symptoms so mild as to be inconsequential.

But rest assured, the Covid-19 virus is an enemy that strikes when you least expect it.  John, a fellow aviator (named changed to protect the innocent) was tested only because he knew his sister had tested positive.  Despite showing no symptoms, he also tested positive.  During his 14-day isolation period – during which he maintained strict procedures to avoid infecting his pregnant wife – he felt absolutely fine, albeit with a diminished sense of smell and taste.

However, not everyone is that lucky.  This is the experience of another fellow aviator, (name withheld on request):

The first thing that comes to mind when people ask me about my experience after contracting the Covid-19 virus is… SURPRISE!  Although it started to become a reality across the world and also locally in South Africa, I did not expect to become infected.  I took every precaution possible.  I even took my own food and water to work and refrained from the usual handshake we are so used to.

So where did I pick up the virus?  I have absolutely no idea, which is the scary part for me.  I do however doubt that it was during a flight.  It could be anywhere from the hotel in Durban where I did a 2-night sleep over, to the Steers I bought a burger from, or the shopping centre close to home, the petrol station, etc.  All places I visited during the 14-day period before falling ill.

Almost everyone asked if it was just a flu-like illness.  Initially it was, but barely noticeable.  What made me do the test is the fact that I started getting a fever, combined with constantly feeling tired.  The symptoms were very mild and for the first 4 to 6 days I almost felt relieved that I had my share and now I will be done with this virus thing.  Then the blow came.

During the next few days my fever went up to 41 and the nausea became unbearable.  This was in the beginning of the lockdown period and doctors had no idea how to treat people infected with the virus.  They only treated the symptoms and I ended up taking Panado for the fever and some antiviral tablets along with heavy doses of Vitamin C.  (Imagine the effect of all that on the nausea!)

The worst was around day 11.  I was blessed that my breathing was only mildly affected and after day 12 the recovery started.  I recovered fully with no permanent damage that I am aware of.  The recovery process was slow though and it took more than a month for me to get my strength back, much to the amusement of my friend next door when I tried to mow the lawn after only 2 weeks of recovery.  He ended up doing it for me!

How my wife managed not to get infected is the next general question asked.  Sorry guys, but serious lockdown is the answer.  We kept our distance, slept in separate rooms, used separate eating utensils (not that I could eat much) and washed them in separate basins, etc.  My wife never handled any plates, cutlery, clothes or anything I came in contact with.  I was also banned from the cupboards, fridge etc.  Fortunately, I did not cough and sneeze much at all, which probably helped.  During the day we both occupied the living room where I was pretty much confined to the couch.  Although it is different to the normal way of life, we could manage without major problems.  She also sanitised extensively.

What is the worst of the total experience? Not being able to visit my Granddaughters. The risk was and still is just too high.

Am I scared of being infected again? For sure. This is a reality and I can honestly say I have never been as sick in my life before this episode.

He has been lucky in that he has suffered no long-term effects.  This virus is, however, not an equal-opportunity agent.  The following is the experience of one of our volunteers, who, at the age of 74 is lucky to have survived, even with some long-term side-effects:

My wife was due for a fairly serious operation on Monday, 23rd March, just when all the buzz and speculation on Coronavirus was surfacing.  I decided it a good idea to test myself for the virus to ensure that when she was due home from the hospital our home was clear.  I had the test on March 18th and the result came back positive. It was a bit of a shock as I was asymptomatic – I had none of the signs being talked about.  My wife’s op was cancelled and luckily, she tested negative, but had to self-quarantine with me in our home.

We divided our home into two, so we lived separate lives in the dwelling for 5 weeks; we got all the PPE; and a roster for meals – and our daughters did the shopping.

I thought it was a misdiagnosis at first as I had no fever; cough; sore throat; and so on.  In fact, I felt normal and could work.  Slowly the first signs came and exhaustion set in, the only talked about “normal” symptom.  Just as well as I am a prime target with diabetes 2 and hypertension.

I was mentored by a young medical student helping out at the National Institute for Communicable Diseases (2 calls a week).  I probed my condition with her as other developments were manifesting – incredibly painful headaches (20 mins to 5 hrs!!!); swollen, painful joints; disturbed sleep; continuous diarrhoea; and serious exhaustion.  She sent information to me that there are some 15 symptoms, including mine, that are rarely mentioned as they are not life-threatening.  Reflecting back, it makes me realise I was in a seriously bad place.

Well the 14 days passed but I still tested positive and only cleared up a week later.  My wife tested 3 times and stayed negative.  A miracle!

No one talks about the recovery.  You maybe Covid-negative but some of the lousy symptoms carry on unabated – even now 4 months later, occasional “old rugby” injured-joints suddenly go right back into the worst stages of my Covid-19.  My left knee is a bugger as I can suddenly hardly walk; until, for no reason at all, the symptoms vanish totally. Others come and go but all much less frequent.

So been there, done that.  I am blessed to be healing.  To any other Mayday-SA sufferers my prayers are with you and may any bad experiences be short-lived and your healing be complete.

Side-effects can be severe, also depending on the severity of the disease suffered.  Lingering lung issues, and multi-organ problems have been reported months after recovery from the illness.

What does this all spell for aviators?  The SACAA has published regulations outlining the requirements for aviation personnel who have tested positive with Covid-19.  As you know from Part 67, it is incumbent on you, the licence holder, to report any illness to your DAME before undertaking any aviation duties.

The full regulation can be found here on the SACAA website

Once you have completed your mandatory isolation period and/or have recovered from the virus, you will be required to present a negative laboratory report to your DAME or the SACAA prior to exercising your medical certificate privileges.

As a negative report is not required by law, many medical aids do not cover the test, and many of the laboratories do not even administer the test, as they are experiencing huge demand for the tests.  The SACAA has written a letter that can be presented to the laboratory explaining why the test is necessary.  This letter can be found on the SACAA website